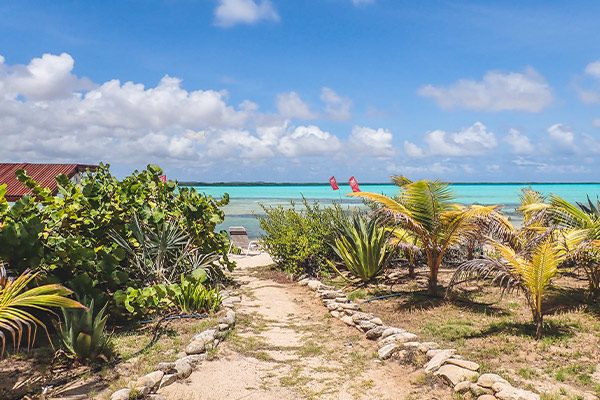 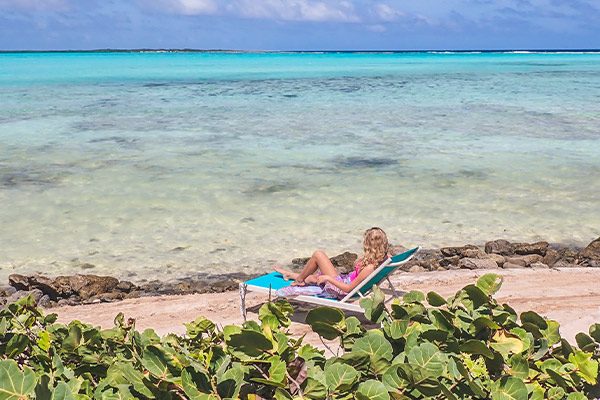 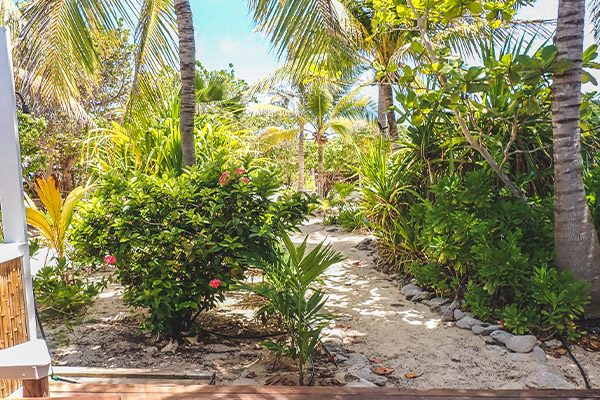 Her summer dress catches the wind while she ambles across the terrace. On a normal day she would not have felt alone or lost; however, for quite some time now, those days seem to have vanished.

`Her´ terrace, as she would lovingly say, feels abandoned, almost desolate. In earlier days this magical spot, right on the wavy waters, attracted a bounty of visitors. They enjoyed a bite to eat, sip a cocktail, or just soak up the rays on the beach — white sandy beach, which flows naturally into the bay, and which consists of endless blue-green waters.

The island on which she lives was unaffected for a long time. No virus or anything like it had ever reached this far-flung tropical paradise. Or so it seemed. Slowly everything around her had changed. The silence of the place is deafening. When she closes her eyes, she can still hear the buzz of all the voices in her head, the hustle, bustle and fun. This spot knows many secrets. A soft breeze strokes her face. She is tired of all the bad news that floods into her heart and soul each day. It weighs harder and harder upon her. She peers over the shallow sea and smiles seeing a single wind surfer. Happiness used to be so common, she whispers.

Over at the bar, she detects traces of spilled sugar. A small, winged Banana Quit, or “sugar thief,” approaches the tiny morsels and devours them. A sparrow and even a hummingbird or two follow his actions, imitating him. Who will let the sparrow and the hummingbirds know that they are not actually sugar thieves?

In the distance she spots flamingos flying in formation. Let me count them she mumbles. Aha, yes, 12 in total today. The flamingos fly very low, as to be less bothered by the wind. The silence and the beauty of the moment overwhelm her. A voice in her heart calls out; it simply can’t be true. How is it possible that an invisible enemy is wandering around on this island?

The World keeps on spinning, breathing, sighing and twisting. While her disbelief has a conversation with the daily reality, she sees a cruise ship on the horizon. The ship drifts aimlessly. No tourist on board, no port for safe harbor. She narrows her eyes while imagining couples dancing to soft reggae tunes, children diving into the pool, the song of seagulls who pilot the ship into port.

Not long ago she used to think that the island had become too crowded, too touristy. And now she catches herself staring at the ship as if seeing a long lost friend. The corners of her mouth turn up in a smile at the irony of her thoughts. She shakes off her reflections and gazes into the pretty blue and green water. A piece of protected nature reserve laps before her feet and cradles everything that is called unrest or uncertainty, gently into the sea. This island will withstand all storms, because of its beauty and peacefulness. It has done so for centuries.

On a summer day, she saunters off her terrace with renewed courage and so less alone.

To all our quests we say untill we meet again! Stay Safe and have faith!

To all our colleagues we say Stay Safe and Strong!

With Love from all of us,

Big thanks to my lovely editors: Jannet Butter and Karen & Bob Bastiaensen-Gilmour. Written by Persia Rakers.

How to reach us

Windsurfing
How to get to Bonaire
Sorobon Beach Bar
Sorobon Blog